Working with Robots and Not Against Them - BSE UK 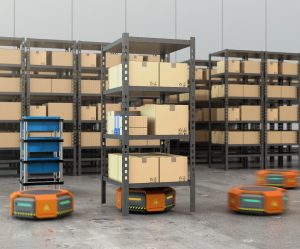 Did you ever see Westworld? The 1973, sci-fi set in your not so typical amusement park where the rich get to live out their fantasies though artificial consciousness. You know, the one where in the end the robotic “hosts” malfunction and take over the park spreading chaos and fear.

It is clear that the fear of robotics integrating into everyday life is nothing new; something science fiction authors have predicted for years. Although not quite as dramatic, the real fear is that they aren’t, in fact, coming for you, but for your jobs.

But in actual fact, it is likely that advancements in technology and automating jobs within the workplace can benefit businesses and employees alike. But how, we hear you say. Find out below:

The Age of Automation

Some may say that implementing robotics in warehouse operations is nothing new, after all “dumb robots” have been used for some time now for performing repetitive tasks.

However, many are converting to improved automation in an attempt to stay competitive or to gain an edge over competition. As such we are seeing – from businesses at least – a widespread acceptance and presence of robots in warehouses and logistics operations. In fact, Tech Republic suggests that chain operations will go from 40,000 units (2016) to a projected 620,000 by 2021.

It seems that increasingly companies are coming to the conclusion that “hybrid” scenarios make a lot of sense whereby workers effectively manage, programme, and maintain robots across the warehouse in order to improve both productivity and performance.

In effect, a factory or warehouse that saves money on labour through automation will lower prices which make its products more appealing and creates an increased demand that may lead to the need for more workers. In turn, a greater profit will enable the pay of higher wages.

If you’re still not convinced just take a look at those who are already doing it;

Over the last three years, Amazon has increased the number of robots working in its warehouses from 1,400 to 45,000. Over the same period, the rate at which it hires workers hasn’t changed.

Some have suggested that robots help Amazon keep prices low which means that the company needs more people to man its warehouses even though it requires fewer human hours of labour.

A Massachusetts-based start-up developed a new multi-robot fulfilment system at the facility of its development partner, Quiet Logistics. The robots and warehouse associates work together in a manner designed to reduce travel time and increase productivity.

Associates scan items and place them into totes that are transported by the robots. They autonomously navigate through the warehouse infrastructure along with others in the fleet.

In its Hampshire distribution centre, traffic management systems are in place to help with every day activity. Instead of all the conveyors, cranes, and big machines they instead have swarms of robots collaborating with one another to collect customer groceries and bring them to the point where they’re picked.

It is clear that technology is radically changing the way in which we can expect to work. Whether you’re adopting full automation or indeed pallet racking, mezzanine floors, or workbenches, make sure you get in touch with the team. 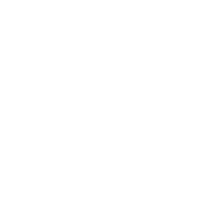 Signup to our newsletter below to receive all our latest news!

BSE UK7 months ago
Pictures of 80 bays of pallet racking with mesh decking and rack protection being installed this week in Swindon.

We are delighted to have installed this for our client if we can give you a competitive quote then get in touch with our team. https://www.bse-uk.co.uk/contact/

H️ow safe is your pallet racking?

Did you know that under PUWER guidelines, your racking should be maintained and inspected on a regular basis.

Regular inspections reduce the risk of system collapse which can mean damaged stock, injury or downtime.

BSE UK is approved by SEMA to provide industry leading rack inspections across the UK.
o chat to one of our team regarding SEMA racking inspections please call us today on 0117 955 5211.

This heavy duty racking solution has a depth of 776mm, this is the largest option in our longspan shelving range.

Fast and free UK delivery is available on orders over £200 - shop now!

Scroll To Top
Need a Quote?